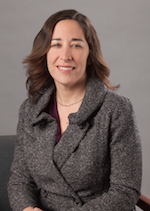 Rebecca Houlding is a partner at Friedman & Houlding LLP. She represents victims of discrimination, harassment and retaliation in employment and education, in federal and state courts, and in mediation and arbitration.

Before that, Ms Houlding worked as an Associate with the former Beranbaum Menken Ben-Asher & Bierman LLP, in New York, NY, where she had a diverse employment practice. She previously worked for a civil rights law firm in Philadelphia, PA.

She is admitted in numerous federal trial and appellate courts and is licensed to practice law in New York. She is an occasional adjunct legal writing instructor at Brooklyn Law School.

Ms. Houlding grew up in New Haven, Connecticut, where she began her legal career in high school, clerking for a prominent civil rights attorney. She solidified her commitment to advocating for civil rights with internships with the Federal Defender's Office in New Haven, and the Minnesota Justice Foundation in Minneapolis.