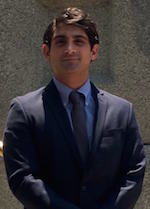 Jesse Centrella is an Associate at Friedman & Houlding, LLP. He represents victims of harassment, discrimination, and retaliation in employment.

Jesse graduated law school as the class salutatorian, where he was Order of the Oak, and received the Trailblazer Award for the student who most advances causes that enrich the law school.

Jesse lives in Savannah, Georgia, where he is admitted to practice in State and Federal courts. Jesse enjoys spending time with his son, playing guitar and banjo, composing Bluegrass music, fishing, gardening, and hiking. Jesse is licensed to practice in Georgia, but not in New York state.